Soft smooth lounge jazz standards with a smattering of Latin
Elle T and Two pride themselves on providing a smooth ambient and sophisticated sound. Elle on vocals, Anthony on double bass and Malcolm on keyboard play classics from the Jazz and lounge repertoire, mixed with a sprinkling of Latin, to bring an engaging and varied assortment of arrangements.

They are a trio of experienced musicians led by “Elle T” who has performed here and overseas. With a love of singing, she has toured the States in a gospel choir, performed in A Capella groups and sung in bands from soul, rock and to jazz.

Anthony Pell has been playing music for over 20 years and bass guitar since 2000, playing hundreds of gigs throughout Victoria. His ever growing diversity sees him in demand to play in funk, fusion, blues, jazz, classic and modern rock scenarios. A highlight of his career at present is his playing with and composing for the original contemporary jazz/ fusion band, Line Matter.

Malcolm Hornby has played piano/keyboards for nearly all of his life. His first band was a covers band as a teenager, and he has performed in a wide range of different settings since then. For the last 16 years, Malcolm has been working as a piano teacher. His favour style of music to play is Jazz, and he is currently performing with an instrumental Jazz group, a vocal trio and a duo.
​
With a sound that echoes from Julie London, through to Nora Jones and Diana Krall,
“Elle T and Two” will fit the bill. 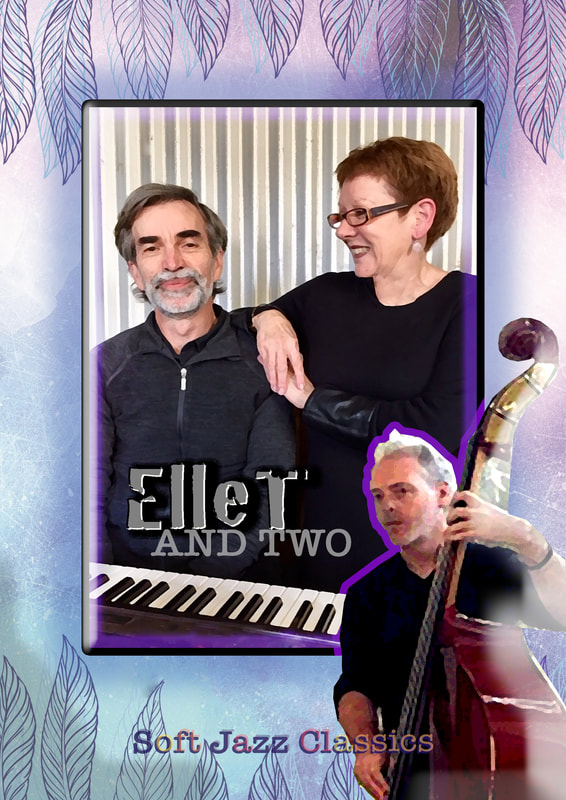